The International Association of Insurance Supervisors’ (IAIS) Global Seminar takes place on 16 and 17 June 2022 in Dubrovnik for the first time, and has gathered more than 350 participants from 70 countries all over the world. This year’s IAIS conference is hosted by the Croatian Financial Services Supervisory Agency (Hanfa).

The Global Seminar is one of the most significant annual meetings attended by insurance supervisors, insurance market representatives and other stakeholders, while this conference has been the first IAIS event organised in person since COVID-19 was declared a global pandemic.

At the seminar opening, all the participants were greeted by President of the Board of Hanfa, Mr Ante Žigman, and the representative of the Minister of Finance, Ms Ivana Ravlić Ivanović, Head of the Banking, Accounting and Audit Sector at the Croatian Ministry of Finance.

This year in Dubrovnik, regulators will be discussing the main challenges the insurance industry will be facing in the future. The world insurance market has already experienced drastic changes due to the pandemic, while now it is facing climate, cyber, operational and other risks. Another topic to be discussed is how the insurance industry can support a sustainable, green economy and how social changes can be responded too, including the issue of an increased level of protection and education provided to financial services consumers. Panel discussions will serve regulators to exchange their experiences and conclusions on the application of guidelines included in the Insurance Capital Standard (ICS), which form the basis for new regulatory rules on the more efficient monitoring of the global solvency level on the world’s insurance market.

On this occasion, Mr Jonathan Dixon, IAIS Secretary General, placed a special emphasis on the importance of global cooperation: “The real benefit of global cooperation and the particular importance of coordinated supervisory responses during times of crisis has come more sharply into focus as a result of the pandemic and more recently the war in Ukraine and inflationary pressures. As the first global face-to-face meeting with members and stakeholders for two and a half years we look forward to reconnecting and further strengthening our strong global community.”

This event will provide a unique opportunity for exchanging knowledge and experiences of insurance supervision experts from all over the world, from European countries such as Austria and Switzerland to the USA, South Africa, Japan and others.

Hanfa, as an IAIS member, has been actively participating in the work of this international organisation, and Mr Ante Žigman, President of the Board of Hanfa, has been a member of the IAIS Executive Committee representing the CEET region (Central and Eastern Europe and Transcaucasia) for his second consecutive term of office. This year, Hanfa has been chosen to host this important annual insurance industry meeting.

Due to current challenges brought about by inflation and increasing interest rates, the insurance sector all over the world, including in Croatia, is facing enormous changes and risks resulting from extreme weather caused by global warming. It is also exposed to a rising number of cyberattacks on IT systems in the private and public sector. Under such circumstances, the insurance industry will have to offer adequate solutions for the economy and consumers, at the same time raising the level of awareness of insurance services users as regards the protection of their property and business against potential losses. Insurance policies will no longer cover only isolated physical risks, but also systemic risks. “Regulators from all over the world will monitor new underwriting models, paying attention to the stability and financial safety of insurance companies during such changes”, said Mr Ante Žigman, President of the Board of Hanfa, in his opening speech.

He also added that the Croatian insurance sector has so far successfully responded to challenges caused by the pandemic and earthquakes, having remained highly capitalised, liquid and stable, and having developed digital communication with consumers. “Next year, Croatian insurers will be facing two major changes – new financial reporting requirements in accordance with IFRS 17 and euro adoption, for which the domestic market will be ready and solvent enough”, said Mr Žigman.

“We are all aware that the insurance sector has a significant role in the country’s economy, but there is a need to further develop its strengthening role in the economy especially in the transition to the sustainable economy. The insurance industry should play a role in financing the recovery after the pandemic, completing the Capital Markets Union, and achieving the objectives of the European Green Deal”, said representative of the Minister of Finance, Ms Ivana Ravlić Ivanović, Head of the Banking, Accounting and Audit Sector at the Croatian Ministry of Finance. 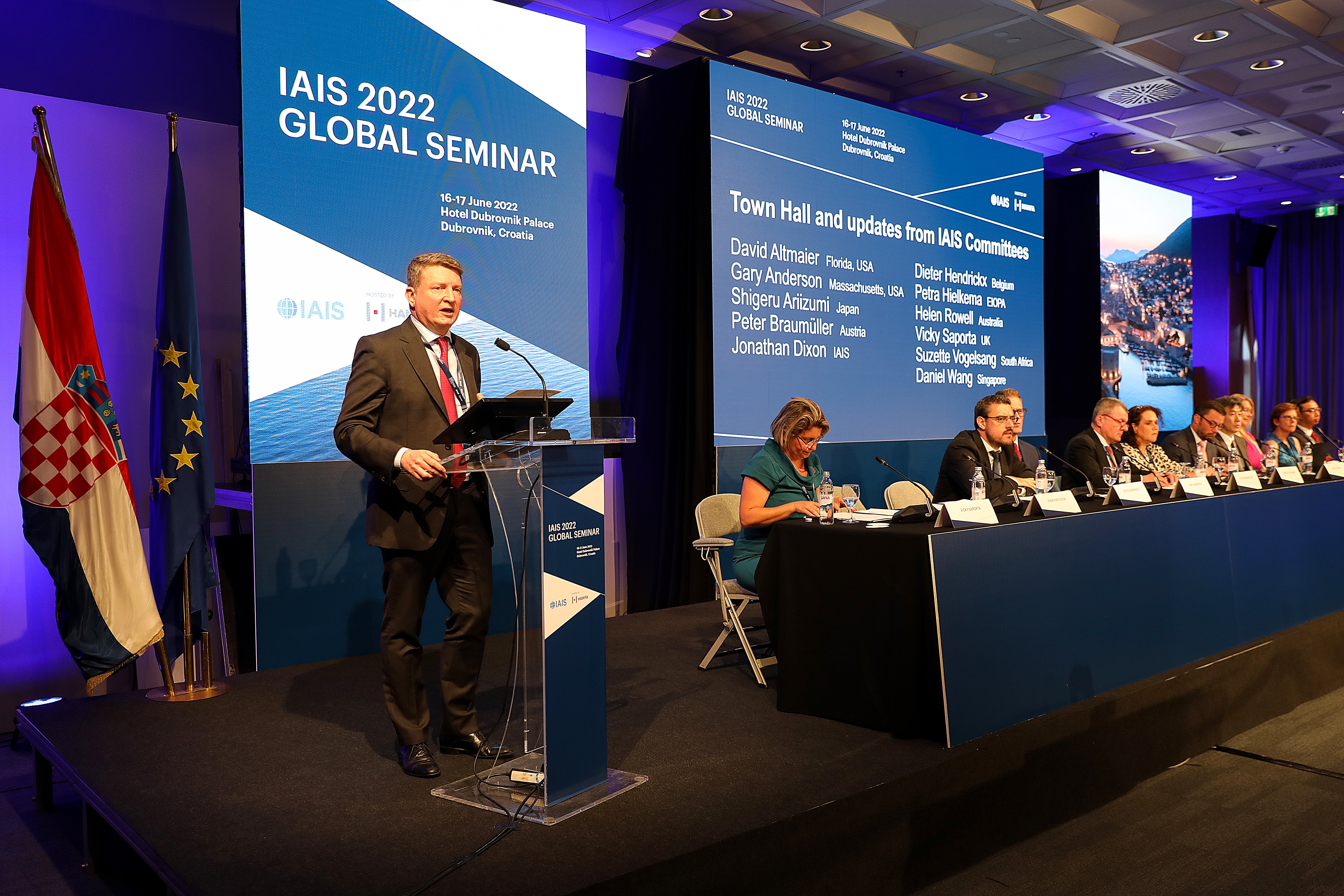 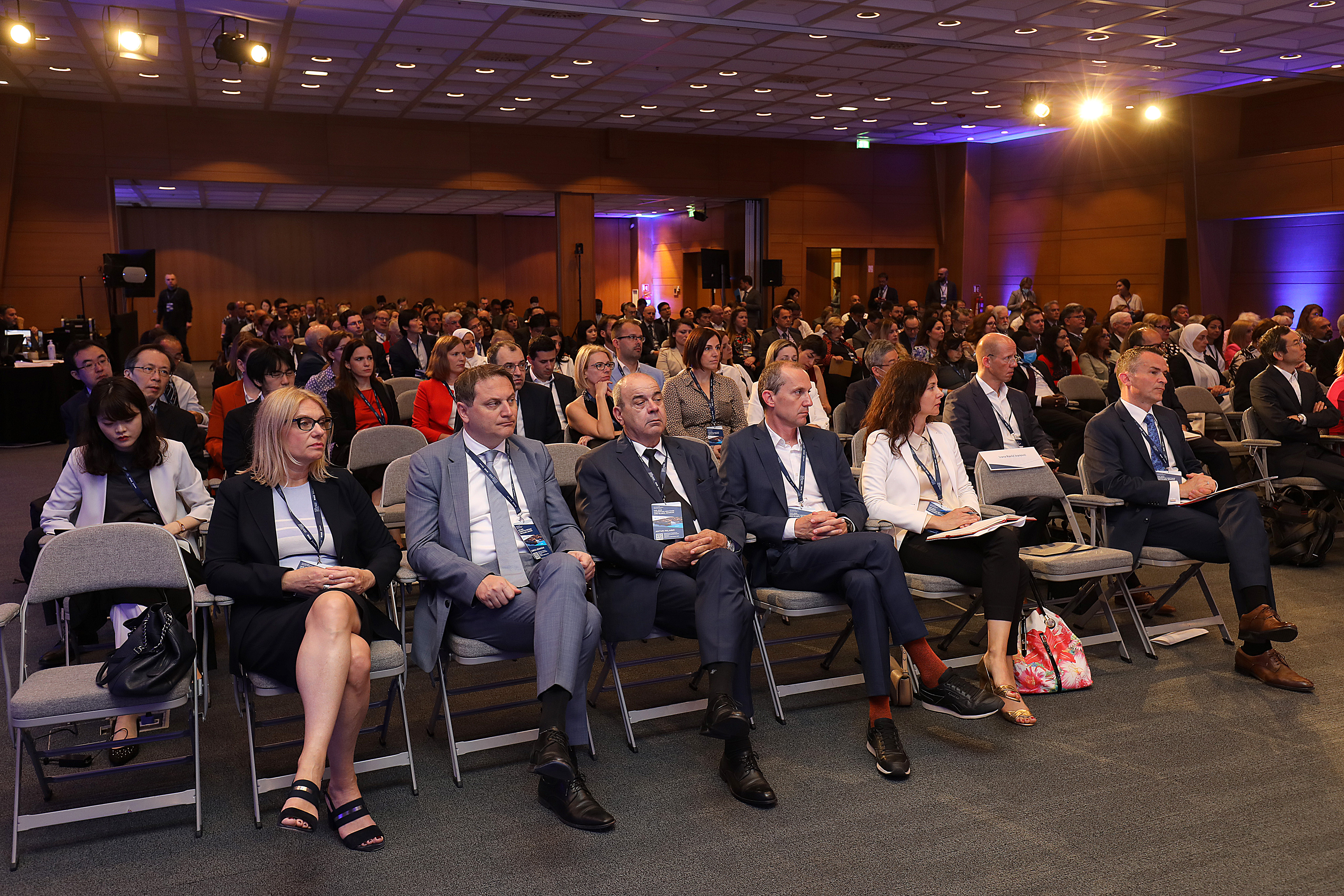 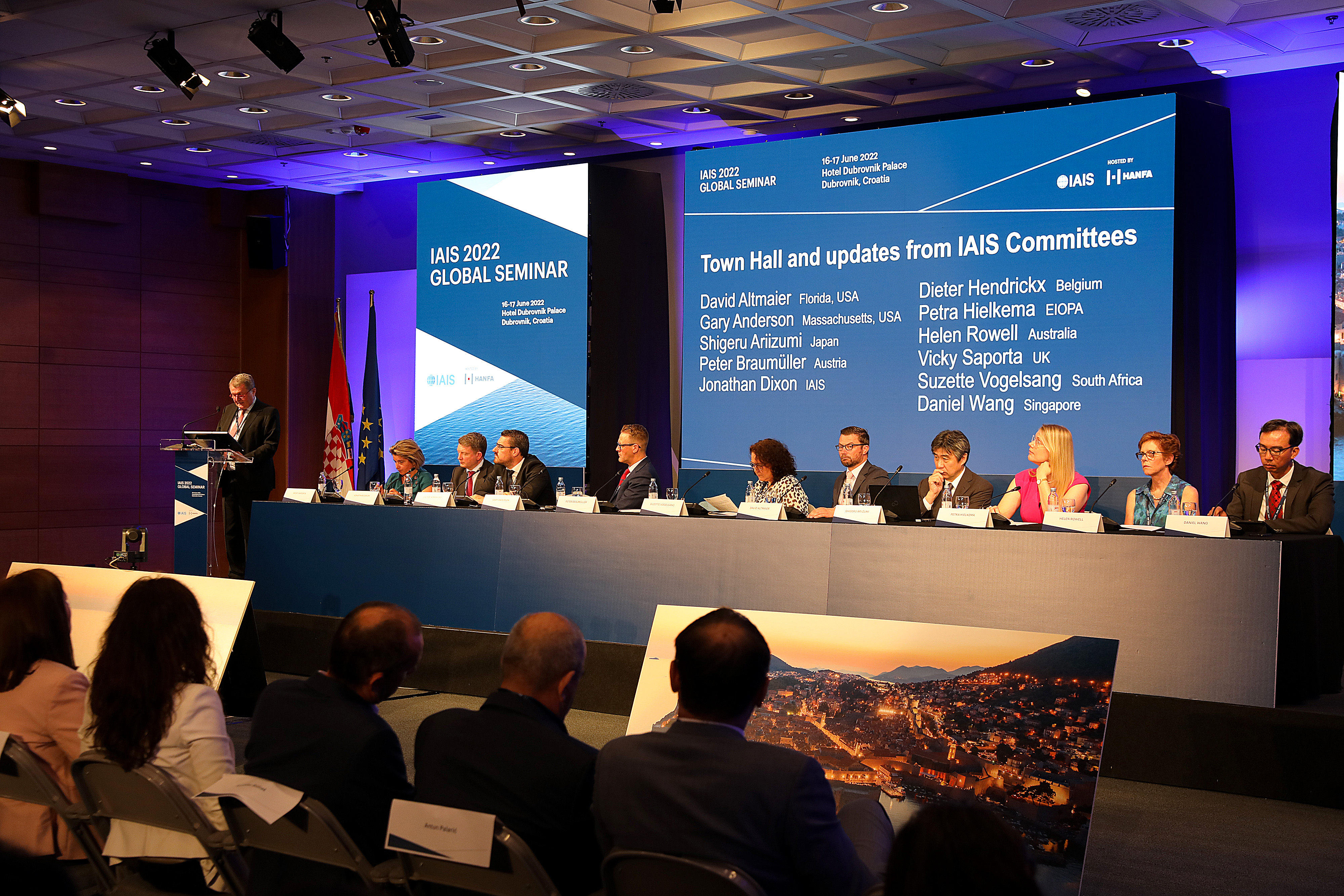 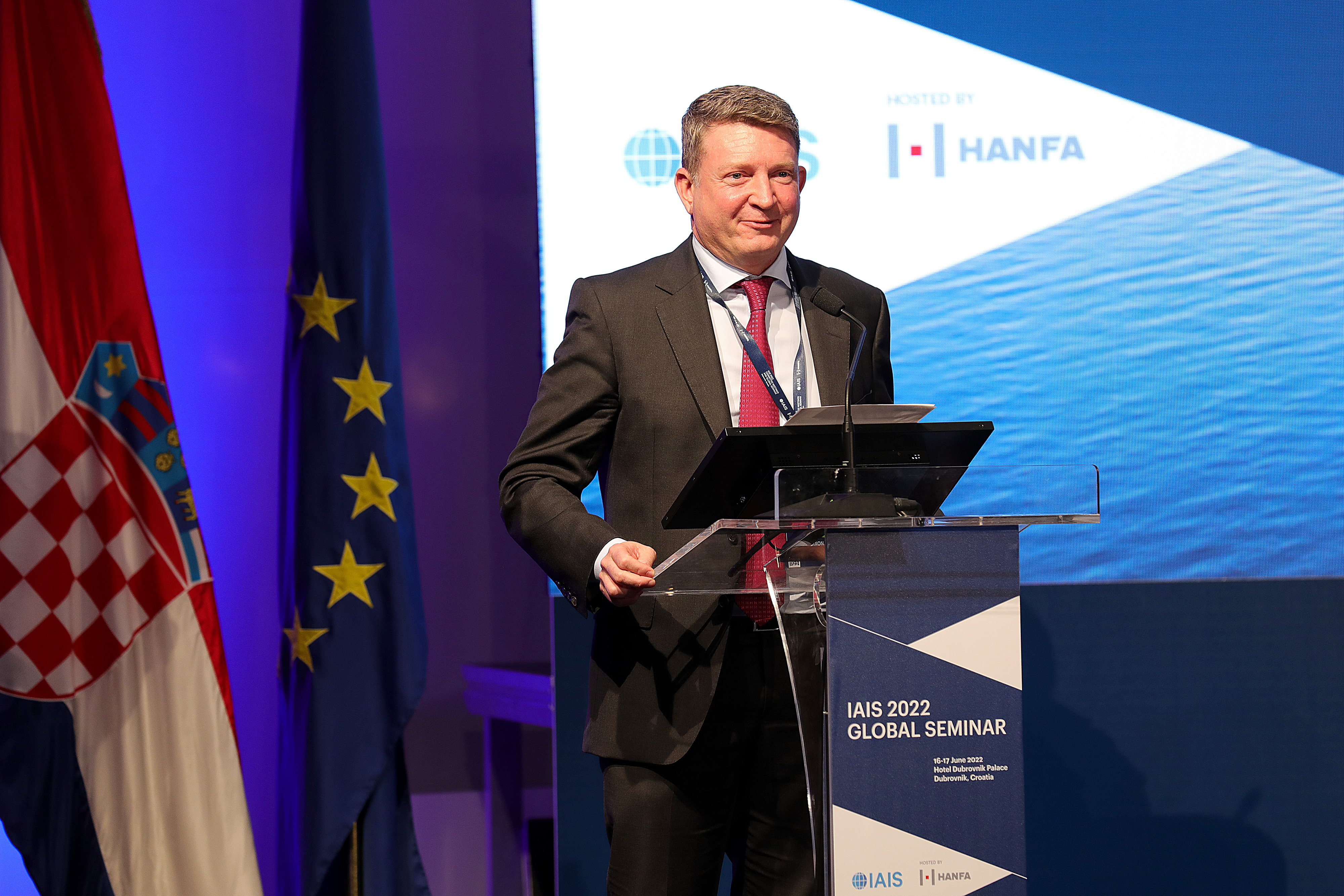 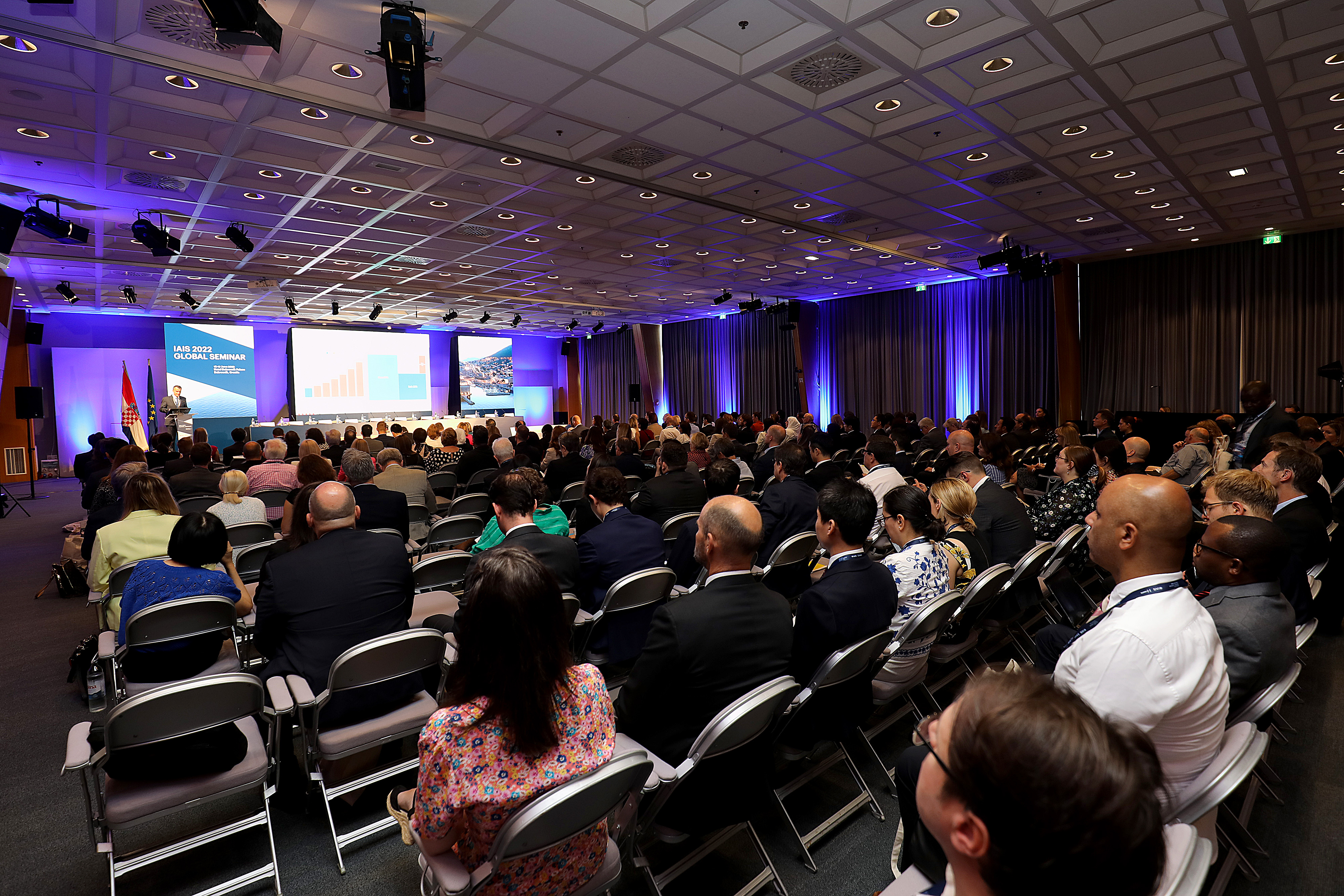